When to cut control joints and proper spacing Updated July 1, 2021 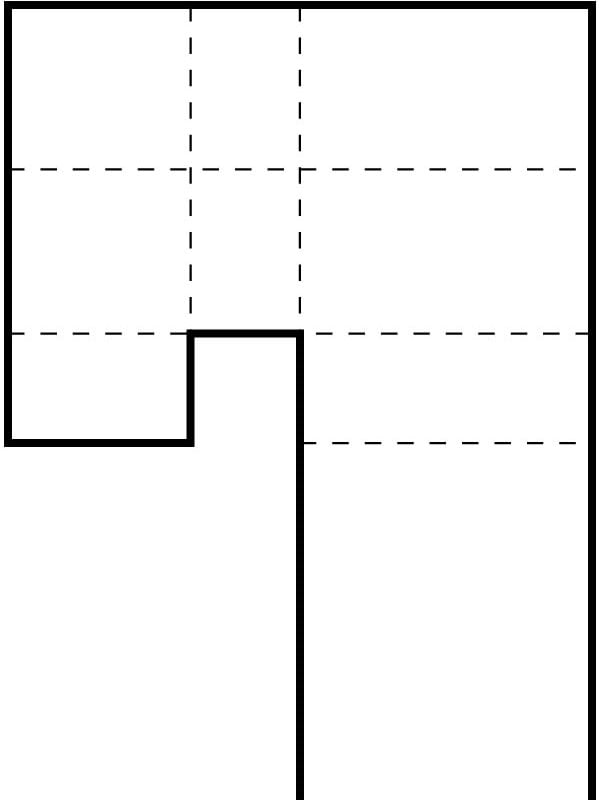 Correctly laid out joints. Note: Inside corners, where cracks would typically occur, have correctly placed joints.

It is important to be active in deciding where control joints are placed. Often, jointing is not taken seriously enough and the "sawcutter" comes to your job and puts the cuts where he feels they belong or where it is convenient for him. And, most plans don't have joint spacing marked on them. So don't leave this important part of concrete construction to chance.

Find local concrete contractors to help with your project.

WHAT ARE CONTROL JOINTS?

Control joints are planned cracks which allow for movements caused by temperature changes and drying shrinkage. In other words, if the concrete does crack-you want to have an active role in deciding where it will crack and that it will crack in a straight line instead of randomly.

WHEN TO CUT CONTROL JOINTS

Make sure you are cutting joints soon enough. In hot weather, concrete might crack if joints are not cut within 6-12 hours after finishing concrete. In this condition, if you don't want to use a grooving tool to cut joints, there are early-entry dry-cut lightweight saws that can be used almost immediately after finishing. These saws cut 1" to 3" deep, depending on the model.

When arranging joints, skilled contractors will often use them to create an attractive diamond pattern. If your concrete will be stamped, ask about the best ways to avoid interrupting the pattern with control joints. Watch this video for a good solution: Pouring Concrete with Zip Strips.

Get more tips for creating contraction joints in concrete slabs.

Brickform Ultra-M1x Add color and fiber with one product