What is a contraction joint? Compare saw cut vs. tooled joints
Swipe to view slides

Now let's talk about what are arguably the most important type of joints—certainly the most likely to cause problems. Both isolation and construction joints are formed before the concrete is poured; contraction joints (or control joints) are "placed" in the fresh concrete before it has a chance to create its own joints—also known as cracks. What a contraction joint really is in the end is a crack in the slab that we force to follow a line of our own choosing. We create a weakened line across the slab and let nature take its course. When the slab does crack, that's called "joint activation."

Here are a few things to consider about contraction joints: Video: Cut-Off Concrete Saw
Time: 04:22
Watch a demo of the cut-off saw and learn about this piece of equipment. 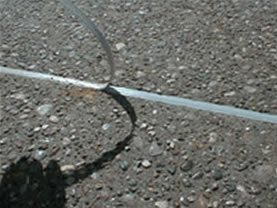 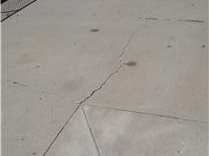 When a joint tees, a crack frequently forms on the other side of the joint.