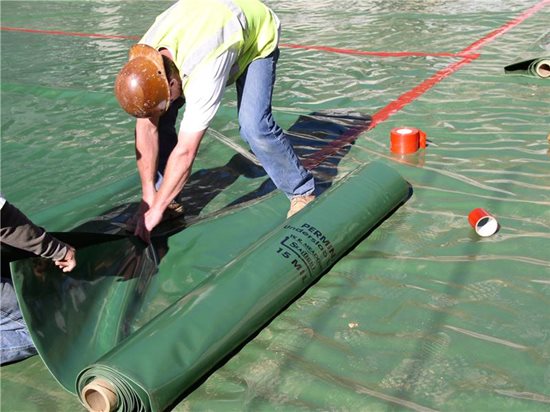 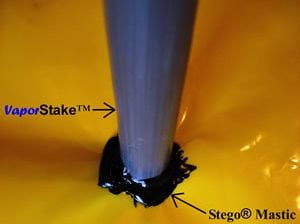 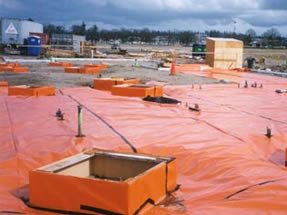 Install boots around all penetrations and blockouts. Fortifiber in Reno, NV

To be effective, a vapor barrier must be installed in a way that prevents any water vapor from getting to the slab.

Find out where to buy vapor barriers and other problem solving products.

ASTM E 1643, "Standard Practice for Installation of Vapor Retarders Used in Contact with Earth or Granular Fill Under Concrete Slabs," provides details, but here are a few tips: