Imagine concrete that looks like ordinary, plain gray concrete during the day, but after the lights go out, it will generate a luminescent glow that will last all night long without being connected to any power source. Although that may sound like super-concrete you’d read about in a science fiction novel, it’s actually a possibility today thanks to the new glow-in-the dark aggregates from Ambient Glow Technology. 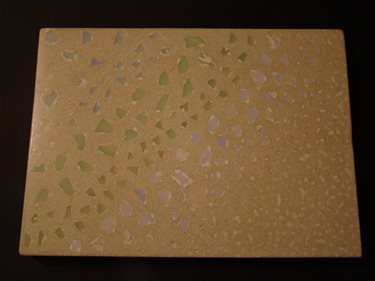 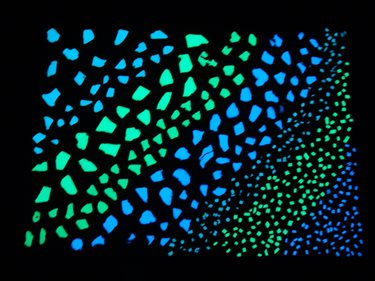 AGT glow aggregates, in various sizes and colors, under artificial light (left) and in the dark (right).

Designed for indoor and outdoor applications, AGT’s glow aggregates absorb and store natural and artificial light energy, from both the sun and artificial lighting. Once the light source is no longer present, AGT's glow pigments begin releasing their stored energy. They utilize a proprietary formulation of powerful, patented photoluminescent pigments, so they will emit their glow for 12 hours or longer to provide a self-generating ambient light source.

The aggregates can be seeded decoratively in a variety of ways, ranging from pool decks, patios and outdoor entertainment areas to kitchen countertops and bathroom vanities. They can also serve as an effective, self-emitting way-finding system in low-light areas such as stairways and hallways. 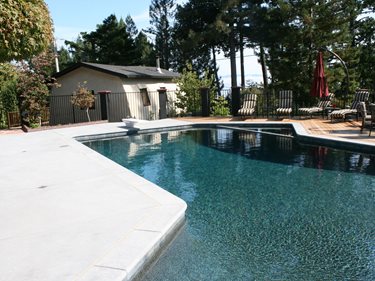 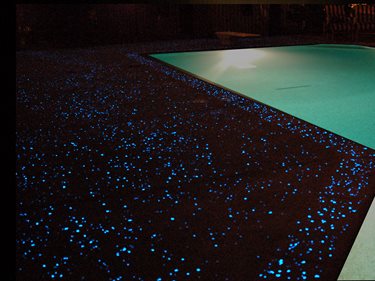 AGT glow aggregates in a concrete pool deck and coping during the day (left) and at night (right).

The glow-in-the-dark aggregate can be used in the same way any other decorative aggregate is used. “It can be either exposed mechanically utilizing diamond polishers or chemically with a retarding agent. Many concrete contractors will use a sugar and water solution as an environmentally friendly retarding agent, washing off the concrete surface with water the following day to expose the aggregate,” says Tomé.

Color and size optionsAGT glow aggregates come in various stone sizes, ranging from 1/8-inch to 3/4-inch, and three colors: safety yellow, aqua blue and sky blue. A finer glow-in-the-dark sand is also offered in the same colors. “We only produce glow-in-the-dark aggregate colors that provide the highest glow performance and longevity. The aggregate will continue to glow for over 20 years, with a glow degradation of approximately 1% to 2% per year. After 20 years, AGT glow aggregate will still be performing at 60% capacity,” says Tomé.

Stencils for Exposed Aggregate Add design elements to your project