Glo-Kote: Glow in the Dark Concrete

Add some flare to your concrete with Glo-Kote, a ready-mix concrete resurfacer and grout that glows in the dark. Created by John Holwitz of Super-Krete, Glo-Kote is a blend of non-radioactive photoluminescent aggregate and a proprietary formulation designed for concrete repair, resurfacing as a stampable overlay, and for use as a grout. It absorbs ultra violet rays from the sun during daylight hours and casts a reflective glow at night.

"Glo-Kote is really versatile," says Holwitz. "So far it's primarily a novelty, but it is really useful as a safety effect along the side of driveways and walkways or on the steps of stairs," he says. "It's also very anti-skid because the aggregate in it comes up. We've used it as an overlay over stairs. We've stamped it and stained it. We've found interior lighting will light it up as well, and it even glows underwater," he says. 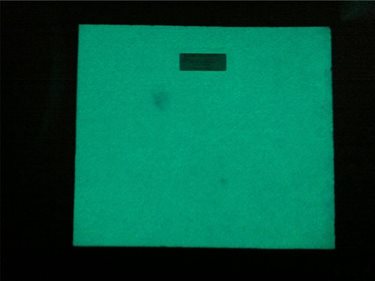 Wherever a renewable light source is needed or desired, Glo-Kote is suitable. Below is a list of some of its advantages:

Holwitz says staining reduces the brightness because it covers the aggregate but the glow is still evident. "Over large areas, you can still see the glow even when it's been stained," he says. "Rather than a bright glow, it just looks more like the moon is out and reflecting." 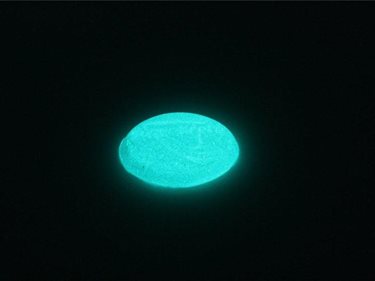