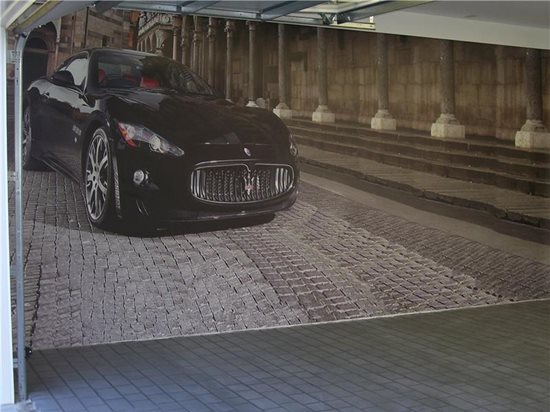 How do you take your Maserati for a drive down a European cobblestone street when you live in Maryland? You put the cobblestone street in your own garage. "I was contacted by a homeowner who was a car enthusiast and wanted to create the look of a cobblestone road in his garage," explains Dan Mahlmann, owner of Decorative Concrete of Maryland. Being a car enthusiast himself, Mahlmann liked the idea and the creativity and enthusiasm the client had for the project. 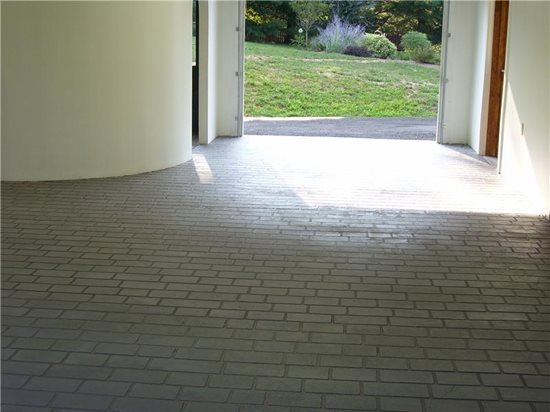 The wall image came from a magazine picture the homeowner had found. "He had to have it photoshopped and tweaked to get it that large," recalls Mahlmann. "He had a vision of having the floor come out for a 3-D effect." After discussing the best method to get the cobblestone effect, whether it be hand-applied taping or a cobblestone stencil, the decision was made to use a stencil. "We visited Concrete Texturing Tool & Supply in Throop, PA, and we decided on a pattern from DCI stencils," says Mahlmann. Next, Mahlmann did a sample of the coloring, and the plan was in place for the floor. 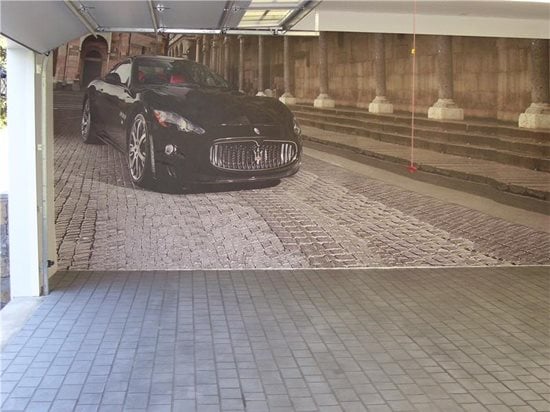 The result? A custom, one-of-a-kind cobblestone garage that the homeowner loves and which he is submitting to Architectural Digest for a worldwide garage floor contest.

¼” Stamped Overlay Can be applied indoors and outdoors