Bench is Testament to Shorey Legacy

When Bill Shorey passed away last January, he left a huge hole in a lot of hearts, as well as the decorative concrete industry in general. Shorey was known as the "Colorman" and he was instrumental in assisting Spec West Concrete Systems, located in Sacramento, Calif., in becoming a leader in decorative concrete.

That's why Spec-West wanted to honor Bill with a memorial reminiscent of his contribution to the industry. That's when Robin Vella of A Concrete Studio, also in Sacramento, volunteered to do something to memorialize Shorey, and created a concrete bench as a tribute to his friend, colleague and mentor.

Spec West owner Randy Sanford recently talked to us about the project, the impact Shorey had on his company, and the void he left behind.

Here's what Sanford had to say:

Q. How did the memorial bench project come about?

A. We all wanted to honor Bill in a creative way, fitting of his style and Robin Vella ran with it. Vella wanted to create a tribute to the man that had been so instrumental in his own success.

We have a "concrete jungle" here at Spec West's headquarters, a decorative concrete garden where we hold deminars and have samples on display. So a monument/bench seemed an appropriate addition to Bill's garden. 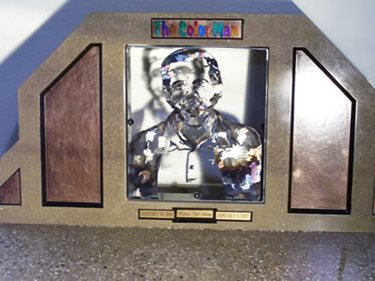 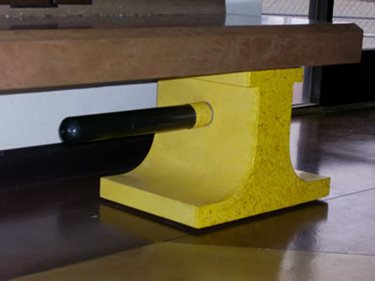 Q. Where did Bill's passion for decorative concrete originate?

A. Bill had a passion for the concrete accessory industry in general, especially decorative concrete. I think he saw it as an opportunity to flex his creative muscles and combine his creative and practical sides. It was a way for him to relate the potential of concrete as an architectural design medium, no longer just a structural material.

Bill was very much the "mad scientist", and I even bought him a lab coat as a laugh. He was always fascinated with the potential for concrete.

Q. What was Bill's greatest skill?

A. His aptitude for marketing and "thinking outside the box" was by far his greatest skill.

He was a huge marketing and creative influence at Spec West for the 15 years he worked here. We were always trying to find different, original ways to channel his passion. 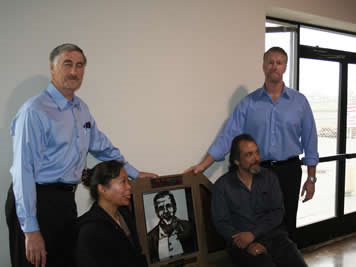 Q. What was it like, on a personal level, working with Bill?

A. I have found in my life that in all things it is necessary to maintain balance. In the business world, decisions and day to day operations can be black and white, or more objective.

Once we learned we could enhance the decorative value of concrete, it provided an artistic, subjective balance to our work lives. It helped us balance our creative energy with our business energy.

He provided a lot of people with creative information to open their eyes to the possibilities—he removed the mystery and made enhancing the decorative value of concrete more available.

Bill and I had different ways of thinking, but that was what made us a great team, and that was a very healthy thing, and a balance for Spec West as well.

I miss that, and I miss him very much.