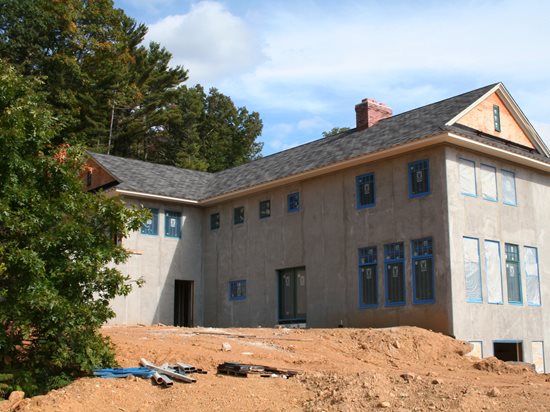 Already a big fan of ICF homes, Ryan recently set his sights on building a spec home in Stafford, Conn., and found the ideal lot--beside Staffordville Lake, high on a hill with good views. "We had a good plan in mind even before we bought the lot," he says of the project. "We just needed to make it work on the lot. We tweaked the plan so one corner of the house with the best views has lots of windows." 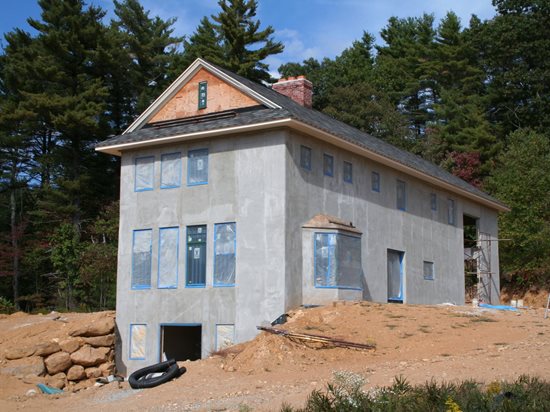 Adding that this is something he's going to try to repeat throughout Conn., Ryan explains his passion for ICF. "It's obvious to me that ICF homes are a better way to build," he observes. "I was a wood framing contractor for over 16 years, and ICF systems are a much better way to build."

"Most importantly is the end result—the building itself," Ryan continues, adding that ICFs are a proven technology that has been used to make buildings stronger, safer, quieter, healthier, more energy-efficient, less expensive to maintain, and more comfortable to live in, as well as resistant to severe weather, fire, water, mold, and insects. "Most important to the consumer is that it reduces the cost of energy, as well as the life cycle cost—these homes are meant to last hundreds of years."
"It's also more user friendly out in the field," Ryan adds. "It's much easier to work with and keep straight."

For the home in Staffordville, Ryan says the first thing he needed to address was the footing and footing drainage, particularly because the lower level was going to include living areas, so he had to make sure they were dry and comfortable inside. "We drained the footing to daylight, using Form-A-Drain products," he explains. The next step was placing a lot of crushed stone around the footings. 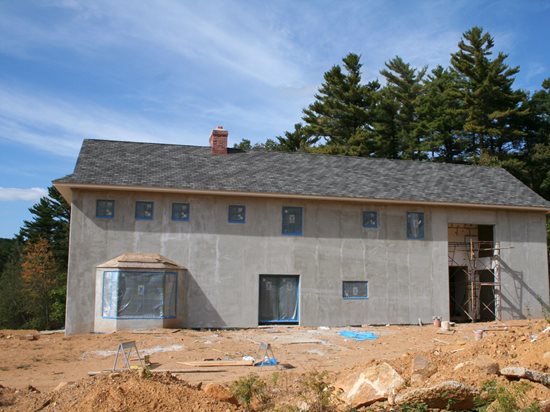 Then, the ICF forms went up. Ryan used BuildBlock products, which are available in four-foot-long pieces. BuildBlock© ICFs are totally reversible; completely assembled in the standard 16-inch high by 48-inch long size; have strong interlocking connections; a one-inch repeating cut pattern; feature molded-in horizontal cut lines and molded-in, numbered vertical cut lines; and have a high-density plastic web molded into place every six inches on center. In addition, the built-in rebar scallops on the inside of the web hold rebar in place as well.

ICFs in general are made up of two panels of 16-inch by 48-inch expanded polystyrene (EPS) panels connected by plastic ties that are spaced eight inches on center and have the same nailing surface as a 2x4 or 2x6. The panels are spaced either six inches or eight inches (inner dimension) apart from each other, creating a cavity that will be filled with concrete. The ICFs are fit together like building blocks and filled with concrete to form the exterior walls of a home.

"The walls were assembled piece by piece, so we would raise the walls 16 inches per course," Ryan says of the Staffordville Lake home. "By the time we got up higher than the next floor would be, then we would put the floor attachments in and pour one story at a time." Once the first story was poured, Ryan built the floor, being careful not to put stress on the building as the concrete cured. When the concrete cured to the majority of its strength, in about seven days, he would work off that floor to do the next wall building and pour. The home took three pours total and used about 140 cubic yards of regular concrete (no special mix is necessary for ICFs). 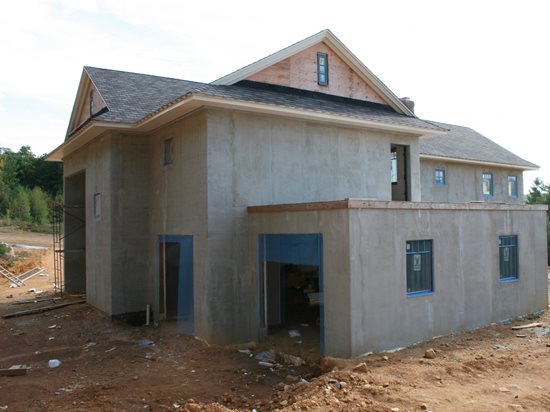 Ryan says one of the biggest challenges with this project, as well as any other ICF, is getting experienced people in the field. "Because of that, part of what I do is train other contractors on ICF forms and building with them," he adds. 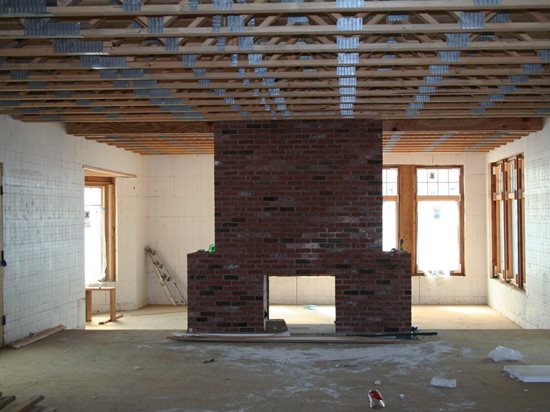 To make the home stand out, as well as display his talents, Ryan says he not only used all higher-end materials in addition to ICF, to compliment the qualities of ICF, but also made the home with six-inch ICFs, which is unusual for a home with a nine-foot basement. "We did that to keep it simple and show we could do it," he explains, adding that he beefed up the walls with steel rebar inside the walls below grade and above, with the rebar below grade placed closer together than above.

"We had an engineer who told us how far apart the rebar needed to be placed. We used rebar on the horizontal every 16 inches and on the vertical every 14 inches in the foundation. We used a lot of rebar, but with ICFs it was easy to put in, whereas in conventional concrete forms it's more difficult to place," Ryan notes.

The other unique feature of the home is the lack of interior walls. "We also used floor trusses, so there's a clear span all the way across the building inside, with no bearing partitions in the home, no beams or columns," Ryan adds. "We did that to show it could be done. We're talking to prospective buyers, and when we have one we will finish the home--they can pick the layout of the rooms, they can do it any way they want to." Ryan says the exterior of ICF homes can be finished with all types of exteriors, including siding, wood, brick, aluminum and stucco, and the interior is typically finished with sheetrock and painted just like traditional construction.

At the end of the day, Ryan is sold on ICF and hopes everyone else soon is too. "I've decided to go completely with ICF in all of my projects because it's a good building system to work with, and the end result is a superior product," he concludes.