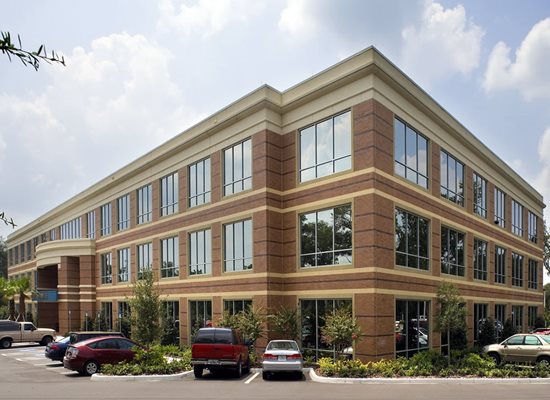 Tilt-up concrete construction is exactly what it sounds like. Concrete panels are built flat on the ground (or, rather, on a concrete slab on the ground) then tilted vertically to form a wall. It's really that simple-but, of course, it ends up being much more complex as we add architectural features, windows and doors, insulation, and lifting hardware to panels that today can be very large.

Tilt-up is thriving, although much of its success remains regional: across the southern part of the U.S. From California through Texas and on to Florida, tilt-up is the construction method of choice for warehouses, big-box stores, schools, low-rise office buildings, even churches. In the Northeast and Midwest, tilt-up is used relatively less often, although that is rapidly changing. 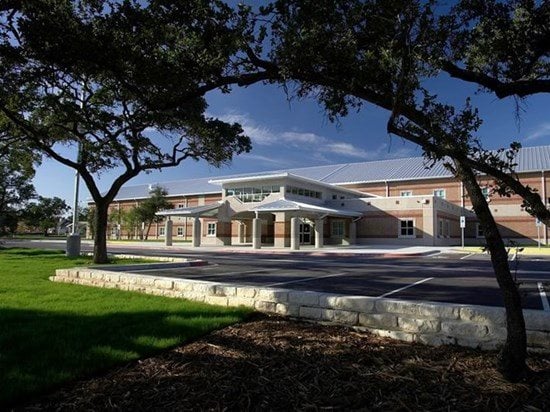 Tilt-Up Building TrendsTilt-up is not a new building system, having been used for more than 100 years. But its efficiency, flexibility, and speed of construction have emerged over the past 20 years to drive its growth. In the early 1980s most tilt-up buildings were stark concrete boxes-warehouses or big box stores. Today's tilt-up buildings incorporate an endless variety of panel shapes, colors, and decorative features.

The Tilt-Up Concrete Association (TCA) estimates that 300 million square feet of tilt-up panels are constructed in the U.S. each year-about 10,000 structures enclosing more than 750 million square feet of space. Concrete Construction magazine's CC100 listing indicates that revenue for tilt-up construction among its top 100 concrete contractors grew from $667 million in 2006 to $960 million in 2007 and that 43 of the CC100 companies made more than $1 million on tilt-up in 2007.

Decorative Tilt-Up PanelsTilt up panels lend themselves to a variety of decorative treatments. First, you need to decide whether to cast the panels with the exposed exterior face up or down. Most panels are cast face down, since the lifting hardware typically must be in the top face and because exposed aggregate faces can interfere with proper anchorage of the hardware. Lifting hardware positioned in the panel's exposed face would have to be patched after lifting and bracing. In some cases, lifting hardware can be installed in the panel end.

Casting panels face up allows the contractor to stamp and color the panels as if they were a decorative floor. This method has been used, although seldom for major projects. For an example of this, check out this featured project: Traditional Methods Reversed in Concrete Tilt-up Project. 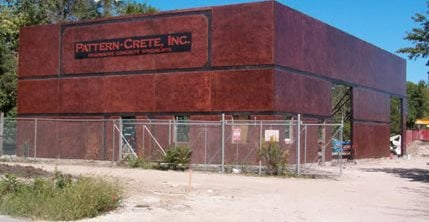 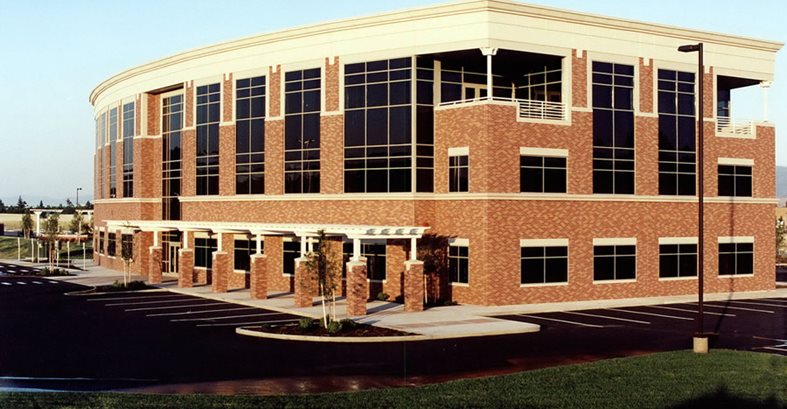 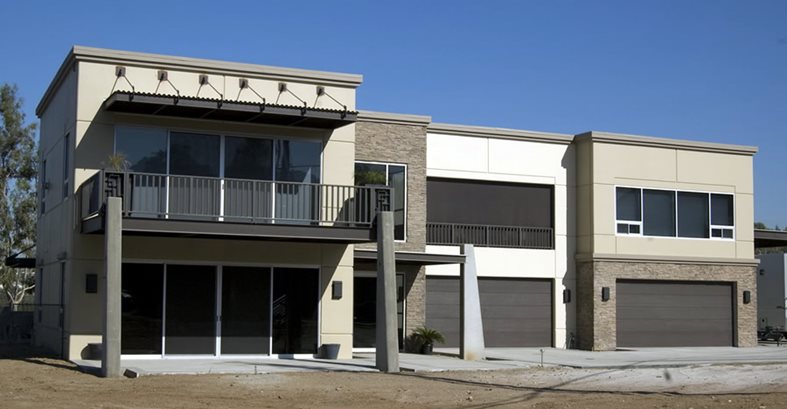 The more common technique for texturing a tilt-up panel is to place formliners on the casting slab prior to pouring the panel concrete. Nearly any type of formliner can be used. Various fractured fins, bands, reveals, and even custom shapes can be formed into the panel faces.

Embedding thin brick to create a brick-faced panel is another commonly used decorative tilt-up technique. Buck Scott at Scott System developed this technique more than 30 years ago, although others have recently moved into the market. Visit TCA for other thin-brick suppliers.

Integral color can also be used with tilt-up panels, but it's expensive to use pigment for the entire panel. Davis Colors offers specifications for integrally coloring tilt up panels. Stains can be used after panels are erected, but the most common coating is paint or textured coatings. Modern textured coatings have a life of 25 to 30 years. 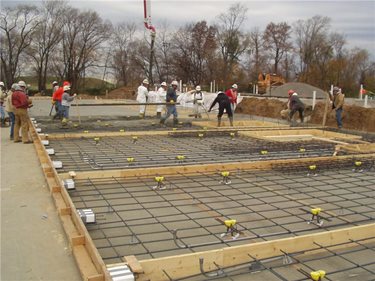 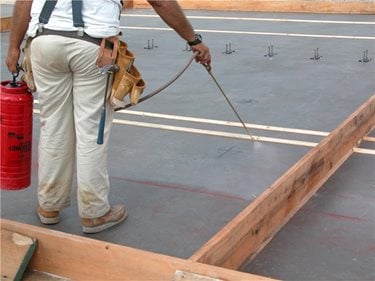 The contractor positions side forms and applies bond breaker to the slab-proper bond breaker is essential to successfully lifting the slabs. Workers then position reinforcement, lifting hardware, bracing hardware, embedments, window and door blockouts, form liners, and thin-brick sections then place the concrete. Concrete is typically 3000 psi compressive strength with a 4-inch slump. The wall panels are usually 6 to 8 inches thick.

When the concrete has reached the necessary strength-usually in about 7 days-the lifting rigging and the braces are attached to the panel. A mobile crane then lifts the panels in the proper sequence. The panel is braced and plumbed. Adjacent panels are not normally connected to one another. Once all of the panels are in place the roof trusses are positioned to tie everything together. Grout is then injected at the panel's bottom and the braces are removed. Viola! A complete tilt-up building! 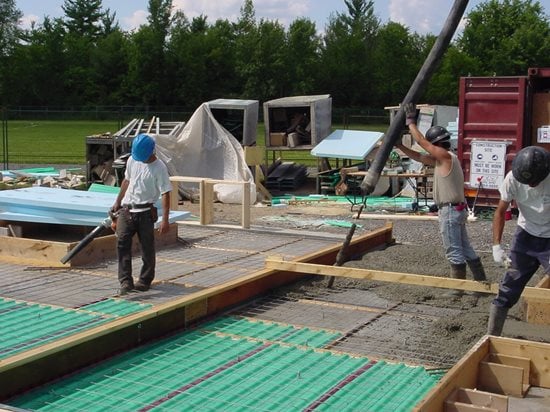 A tilt-up supervisor must pass an examination and have at least 5 years of construction experience, three years with tilt-up. Technicians have passed the exam but don't yet have the experience. The exam includes questions on safety, planning, scheduling, layout, forming, and panel erection. Read more on the tilt-up certification program.

Additional Tilt-Up ResourcesThe primary resource for information on the design and construction of tilt-up concrete structures in the U.S. is the Tilt-Up Concrete Association (TCA). Some of the things TCA offers are:

Other sources of information include: