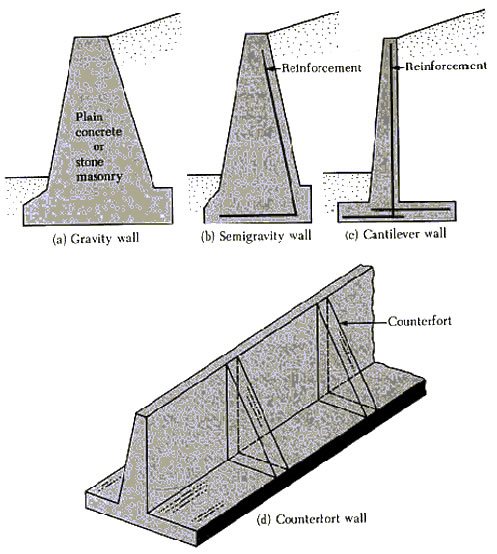 Cantilever retaining walls are constructed of reinforced concrete. They consist of a relatively thin stem and a base slab. The base is also divided into two parts, the heel and toe. The heel is the part of the base under the backfill. The toe is the other part of the base.

Find concrete contractors near me

Counterfort retaining walls are similar to cantilever walls except they have thin vertical concrete webs at regular intervals along the backside of the wall. These webs are known as counterforts.

A specialized form of gravity walls is a semi-gravity retaining wall. These have some tension reinforcing steel included so as to minimize the thickness of the wall without requiring extensive reinforcement. They are a blend of the gravity wall and the cantilever wall designs.