In a previous article five years ago on Dave Pettigrew he said he loves to customize projects based on his clients needs and once designed a lizard based on a t-shirt with a picture of a gecko. So whenever I hear from Dave I am not surprised he is doing something over-the-top.

Recently Dave called about a custom home he is working on. The home has two sets of stairs in light wells leading to the basement. The basement has a movie theatre, fireplace, exercise, and mediation room. 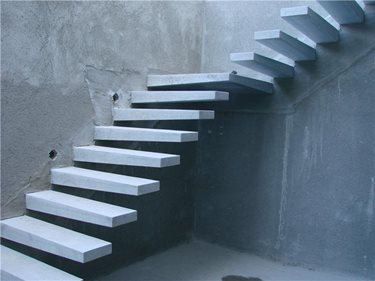 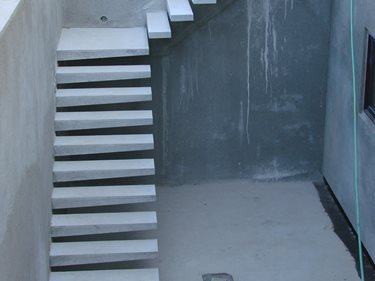 At first the thought was to do 3" thick stairs. But the engineer could not get these to calc out. Pettigrew dreamed up starting at 5" thick next to the supporting wall and ending up three inches thick at the floating side (outside edge) of the stairs, which are 43" long. This was all ran by the engineer who approved the design after doing the calculations.

The stairs in construction: 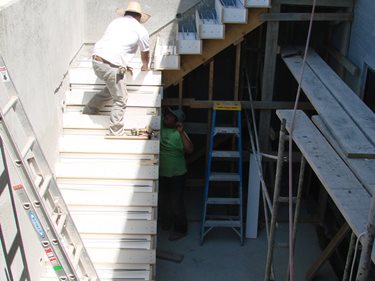 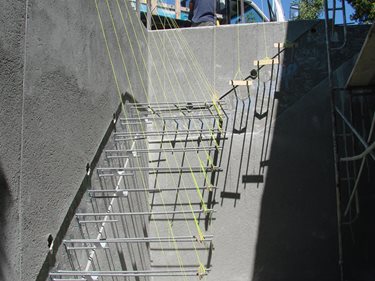 Here is an overview of the construction process: 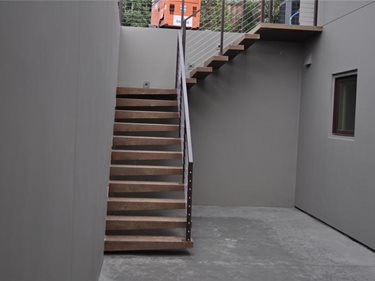 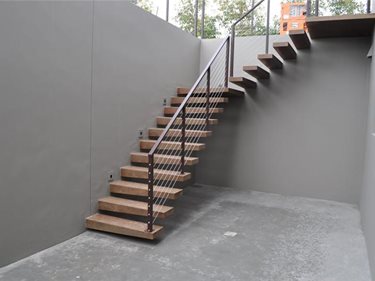 All the patios in the light wells will be done to match the stairs.

Thanks for sharing and inspiring us all Dave!