Open Up To Networking

Weve all heard about the power of networking. Bookstores have whole sections on the subject. But hearing how important it is and understanding how crucial it is to the success of you and your business are two entirely different things.

In a nutshell, business networking is the give and take of ideas, leads, recommendations and other information between colleagues. Networking in this way can foster referrals, improve a business reputation, offer credibility to a start-up, and strengthen relationship assets.

Todays world makes business networking easier than it has ever been before with the power of technology. The Internet offers users the chance to talk to and meet people they may have never had the opportunity to meet otherwise, whether its someone a state away or across the world.

According to Ivan Misner, founder and CEO of Business Network International (BNI) and author of five books including his New York Times bestseller Masters of Networking, there are a handful of types of networking groups. (BNI is the world's largest referral organization with Chapters in many countries around the globe.)

The first type of networking group is the casual contact network, such as a local Chamber of Commerce, which is a business group that allows individuals from various overlapping professions to participate. These groups meet regularly and often hold mixers where everyone mingles informally, as well as have occasional presentations by guest speakers on important business topics and discussions on local business issues. This is one of the best ways to get involved in the local community.

The second is the strong contact network, which is a group that meets weekly for the primary purpose of exchanging referrals. This type of group often restricts membership to only one person per profession or specialty, and the meetings are structured and can include open networking, as well as presentations by members.

The third is the community service club, which gives you an opportunity to put something back into the community where you do business, yet also allows you to get your company name in front of consumers and foster a sense of good will, which often leads to word-of-mouth business. Examples of these types of groups include Rotary, Lions and Kiwanis Clubs.

The fourth group is the professional association, whose members are usually from one specific industry, and whose purpose is the exchange of information and ideas. These groups also offer you a chance to hone in on your target markets. Some good examples are the American Bar Association and the American Medical Association.

The last group is the social/business organization, such as singles/business clubs, which openly combine social activities with business or networking, giving you an opportunity to combine work and socializing in one fell swoop.

Once youve chosen the group or groups youre interested in, Misner offers sound advice for establishing quality relationships within those groups. First, focus on building relationships by taking the time to get to know other members, especially outside of the business environment.

And forget WIIFM (whats in it for me). Instead, focus on what you can offer others, such as sharing trade secrets or inviting someone to join you in business meetings that helps position him/her favorably with others he/she needs to get to know. Misner says that only by giving can you gain.

Case in point: Dave Pettigrew, owner of Diamond D Concrete (www.diamonddcompany.com) in Capitola, Calif., and Michael Rogers, owner of Faux Today (www.fauxtoday.com) in Portland, Oregon, who met via The Concrete Network and can both attest to the power of networking. 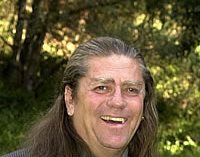 A few years ago, Pettigrew was doing research on the Internet and he stumbled across The Concrete Network and its owner, Jim Peterson. Pettigrew called Peterson, and shortly thereafter, Diamond D had its own Web presence on the network. 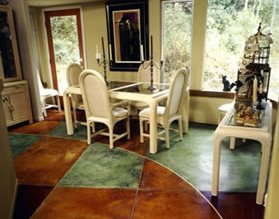 I got tons of work and emails and calls from all over the world when I got my website, Pettgrew says. One such email was from Rogers, who has been in faux for over 20 years, has a wall covering line, and is one of only 20 SkimStone (www.skimstone.com) instructors in the country. I was excited about decorative concrete floors, but I knew I needed to learn more about them, Rogers recalls.

I found The Concrete Network and talked to Jim, then saw a photo of the week for Diamond D Concrete. I was getting ready to take a class and sent Dave an email explaining that I was looking for decorative field experience. Dave emailed me back his phone number and I called him. After that almost-hour-long conversation on a Saturday evening, Pettigrew invited Rogers to come down for a job he was starting on Monday morning.

I was in the middle of a 7,000-square-foot slab in San Jose that I was going to saw cut and stain, and I told Michael he could come down to watch and learn, Pettigrew explains. But I warned him that it wasnt a seminar and I wasnt going to be teaching him.

I gave it some thought, and I knew I could learn more on a job site than in any class, so I said yes, Rogers comments. I met Dave Monday morning and spent the week with him, which was a good move on my part.

Michael watched and helped me stain, wash and seal the concrete in one weekWhen he left he said it was the experience of his life, and he felt he could stain concrete on his own, says Pettigrew. We respect each others abilities, and we have the beginnings of a friendship that can be a win-win for a long time.

We got along really well, and hes really talented and shared lots of secrets with me, adds Rogers of the experience. Dave has an open-door policy, and I got to see the job from start to finish. He also took me on some estimates, and he showed me some of his finished jobs. We even made some samples for me to take home. 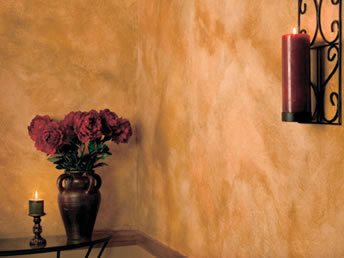 Pettigrew is even planning to join Rogers in Southern California in the next few months for some jobs Rogers has lined up. Michael wants me to help, Pettigrew adds, and hes bringing in revenue for both of us.

Pettigrew notes that its a big step for concrete contractors to move into the decorative market, and the staining and coloring learning curve is steep. If I can lessen the curve and make the marketplace stronger, thats what Im into doing, Pettigrew laughs.

Though some might not be as open as Pettigrew, he says hes not worried about giving away too much. I realize now that the more I share with people learning, the stronger the market will be as a whole, says

Pettigrew. I figured out by doing it, and no one can steal who I am. If you want a Diamond D floor, you can only get it from me.

Getting to that point is one advantage of being in the market for so long, I have confidence, Pettigrew concludes. I dont ever want to be closed off.

And thats the key to successful networking.