What is Concrete Delamination and How to Prevent & Fix It

Learn what causes the paste layer to separate or flake at the surface By George Seegebrecht | Updated October 6, 2021

Delaminations in concrete slabs can be a serious problem, but often they are "heard" before they are seen. Here's an example. A concrete floor slab placed days ago has hardened and cured. As work from other trades continues in the area, someone drops a hammer from a ladder onto the floor, and an unexpected sound is heard. Instead of the clear ringing sound you would expect when metal hits solid concrete, a drummy sound or loud clack draws your attention. Using the hammer to tap around this spot, you identify more hollow-sounding areas. What's been discovered is a surface delamination in the concrete floor.

Find concrete contractors near me

How do delaminations happen?

When fresh concrete is placed and compacted, the solids (cement and aggregate) settle. This natural settlement causes excess mix water and entrapped air to be displaced (called bleeding), and the lighter materials migrate toward the surface. If finishing operations start prematurely and close or seal the surface before bleeding is completed, air and/or water are trapped under the densified surface mortar. As concrete hardens, subsurface voids develop where the water or air is trapped. These voids create weakened zones right below the surface that can eventually detach during slab use. Very thin mortar layers over delaminations may even detach when struck with a hammer, as you try to sound out the extent of the delaminated area. 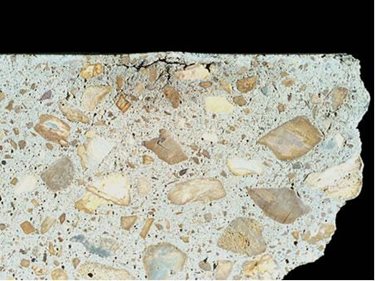 Photo 1 - Side view of slab surface containing a blister. (Photo courtesy of the Portland Cement Association) 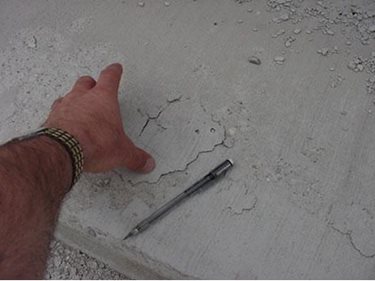 When delaminations can be a problem

If the delamination is isolated to just one spot, it might not affect the performance of a concrete slab. But if it's widespread, then you have a more serious problem that should be addressed.

Delaminations come in various forms and degrees of severity. Blisters are small, isolated delaminations usually 1 to 3 inches in diameter (Photo 1). Blisters frequently happen when relatively sticky mixes with higher percentages of fines are placed. They occur in areas subject to moderate to high rates of evaporation and that are finished too soon.

When finishing operations occur too early, uniformly over the slab, a delamination problem can be quite widespread and affect larger zones of a slab surface (Photos 2 and 3).

How to avoid delaminations

The simplest way to prevent delamination is to start final finishing of the slab after the bleeding process has run its course. But this may not be as easy as it sounds. Following consolidation, and once bleeding is complete, there is nothing left to be trapped to cause voids. However, a finisher's job to properly time final finishing can be an art because job-specific influences impact this timing on each project. Stickier mixes, thicker slabs, different types of subgrades, initial concrete temperatures, different cementitious contents, and changes in ambient temperatures all affect the bleeding process and impact when finishing should begin. 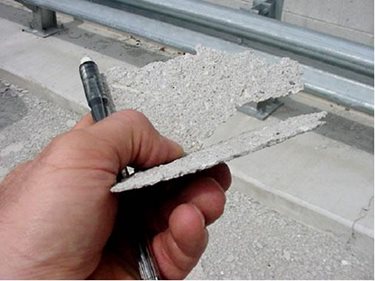 Photo 3 - The thickness or depth of a delamination can vary, depending on the mix and the timing of final finishing. Here the depth of delamination is about 1/8 to 1/4 inch. 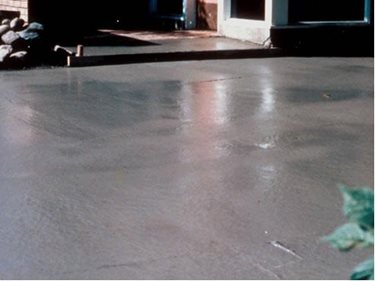 Here are a few dos and don'ts to follow to help you avoid delaminations:

If drummy-sounding areas on a slab are easily detectable by hammer or chain dragging, the subsurface probably contains voids. Depending on their severity and slab use (such as exposure to wheel loads and heavy traffic), these zones are likely to detach sooner than from a sound surface.

To achieve a high-quality surface, remove the defective concrete to a depth where only sound concrete remains. Proper removal of unsound concrete by suitable methods such as shotblasting (Photo 6), grinding, or hydrodemolition, is critical if subsequent steps are to be successful.

Photo 5 - Fogging a slab surface increases relative humidity and decreases the rate of evaporation. Here the fog spray is 5 feet above the slab surface. Do not spray directly at the slab surface or finish the water into slab. This commonly results in dusting. (Photo courtesy of PCA) 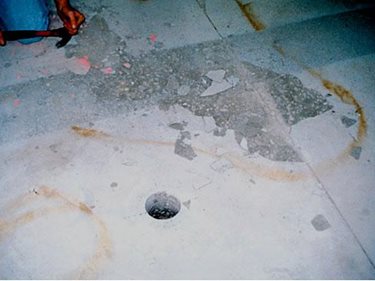 After proper removal of unsound concrete, you can then apply a new surface. In some cases, the slab can be ground smooth and sealed, resulting in an attractive final surface with an exposed-aggregate appearance. Alternately, you can bond a topping or concrete overlay to the prepared roughened surface. You can find resurfacing products for both interior and exterior use that are formulated to bond to a sound substrate and provide an attractive, sound new working surface. Conduct a small mock-up with the resurfacing material in a noncritical area of the slab to verify that the final appearance and surface texture will be acceptable to the owner for the use intended.