From Lucioni Arts in Seattle, WA

In 2005, Lucioni Arts was chosen to reproduce a bit of Seattle history--the arch from the entrance of Cabrini Hospital which closed in 1990 and was being redeveloped into low-cost retirement housing and a physicians' medical tower. 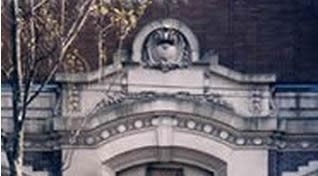 Arch Before Arch After

Located on the corner of Madison St. and Boren Ave., the land is full of history. The Cabrini Hospital is named for St. Francis Xavier Cabrini, sister of the Order of the Sacred Heart of Jesus. Mother Cabrini later became the first American canonized by the Roman Catholic Church, and is the patron saint of immigrants. This was the last of the 67 institutions Mother Cabrini established throughout the United States in the early 1900's. On her last visit to Seattle in 1915, she purchased the old Perry Hotel on Madison and Boren from real estate magnate Henry Broderick for the grand total of a set of 35-cent glass rosary beads. (Current developers--eat your hearts out!) Cabrini Hospital opened in 1916 and operated until 1990. 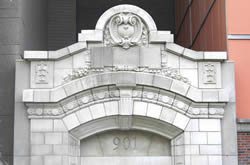 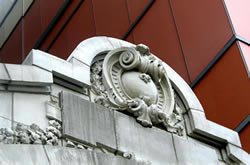 The original arch of the hospital was constructed of double-fired terra cotta, popular at the time for its durability. The architects originally planned to remove the original pieces from the old hospital and replace them on the new building; however, removing the terra cotta pieces proved more difficult than anticipated, and many were broken. 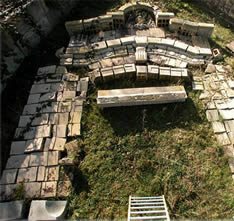 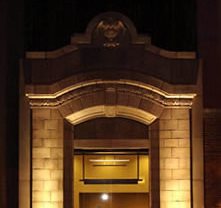 The pieces sat in a lot in north Seattle for months until Lucioni Arts came on board the project. Approximately 250 pieces were transferred to Lucioni Arts' location. Each piece was cleaned. Molds were made and the pieces cast in high-strength concrete. Masons reconstructed the arch where it now serves as the entrance to the Cabrini Medical Tower. Select pieces of the original arch grace installations in the lobby depicting the history of Cabrini.