From the Thetis Island Quarterly

Charlotte Aaberg of Expressions in Glass in British Columbia, Canada sent in these photos of a Nootka Man - a seven-foot-high depiction of a traditional First Nations inhabitant - which she created out of Flex-C-Ment's Spray Flex. The article, below, about how the Nootka Man was created, was published in the Thetis Island Quarterly.

From the Thetis Island Quarterly

Is it art, or junk? That's a question asked often in contemporary culture. To Sven and Charlotte Aaberg, however, it can be both. When a winter storm washed a 14-foot slab of styrofoam ashore near their Foster Point lot, the two-foot-by-two-foot-thick chunk of wayward dock flotation seemed too good to junk. 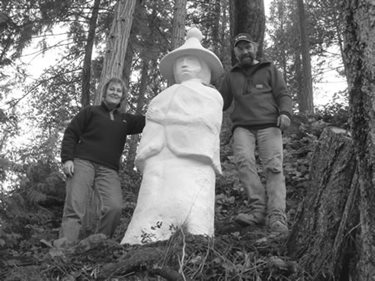 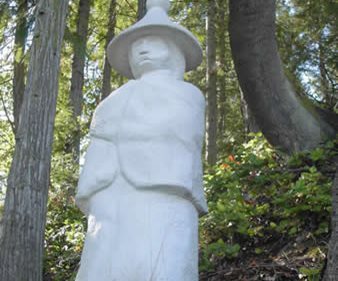 "It was a nice size and in great shape," says Sven. "To break it up into small pieces for nothing special would have been a shame."

Enter Char, whose fond memories of hiking with Sven in the rugged environs of Nootka Sound inspired her to coax artist friend Janet Wilson to sculpt Nootka Man, a seven-foot-high depiction of a traditional First Nations inhabitant, to commemorate their West Coast adventure and grace their waterfront lot overlooking the entrance to Telegraph Harbour. 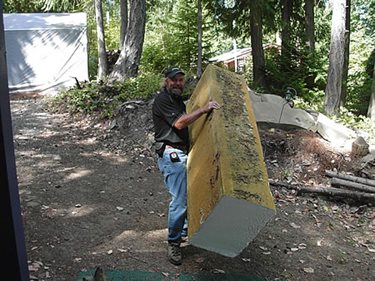 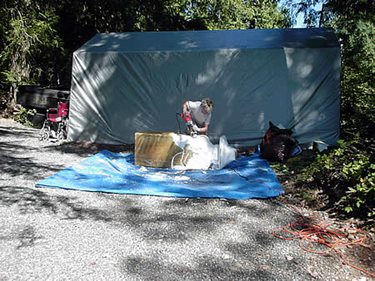 Sven got the project rolling by cutting the slab into two seven-foot pieces - one for Nootka Man, the other for a future project yet to be determined. Janet, visiting from Chilliwackin the Fraser Valley, came to Thetis this summer to sculpt with the unusual medium. She normally works with clay and this was her first-time use of styrofoam. For three full days, using a reciprocating saw, files and a regular serrated kitchen knife, Janet painstakingly helped the figure emerge from the slab. Next, Char took over and coated the larger-than-life sized depiction with polymer modified cement, Flex-C-Ment Spray Flex, using a compressor-driven hopper sprayer to apply it in a process that took a full day, followed next day by similar application of a protective sealer. 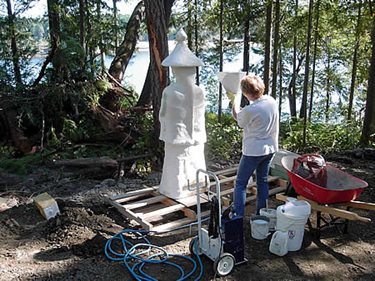 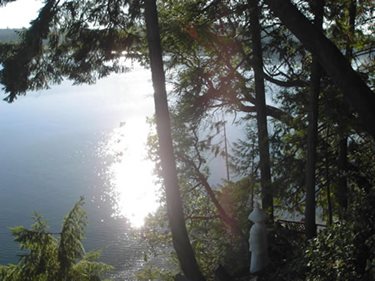 The second slab is in storage awaiting a similar metamorphosis, with someone having already expressed interest in the possibility of turning it into a Great Blue Heron. Meanwhile Nootka Man, rooted with cement and rebar, looks out over the salal, arbutus and cedar above the harbour, as a fitting landmark to be seen by inbound and outbound sailors patronizing the island's two marinas.